Here is the talented cast and crew who make up the heart of Musical Mayhem Cabaret: 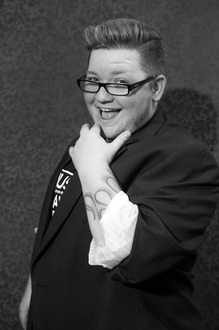 Donnie Cianciotto (Creator and Artistic Director) is a New York City native and studied at The American Musical and Dramatic Academy in Manhattan. His last performance with MMC will be the 5 Year Anniversary Show on January 10th, 2016 before he heads back to New York City where he will make his off-Broadway debut in the musical Southern Comfort at The Public Theater. Donnie created Tucson's comedy improv troupe Not Burnt Out Just Unscrewed in 2002, and is thrilled to be working at Unscrewed Theater with MMC. Donnie has worked with many venues throughout Arizona and New York including Desert Stages, Wilde Playhouse, The People's Improv Theater, Millenium Theater, Bloody Unicorn Productions, Old Pueblo Playwrights, Shakespearean Theater and more. Donnie was the Artistic Director of the short-lived but successful Insurrection Theater Company in Phoenix, and has performed with comedy improv troupes The Originals, Light Rail Pirates and S'Marmalade. When there is time to breathe, Donnie also performs stand up comedy and works on many writing projects. Donnie has performed across the country from California to New York in Prides, Festivals, pageants, bars & clubs under the stage name Anson Reign. He is also the creator of a national fundraising movement known as "Kings For A Cause."  During the day, he works for Ben's Bells. He was recently the subject of an award winning short documentary film titled "Donnie." Donnie created Musical Mayhem Cabaret in Phoenix in January 2011 and is honored to work with so many talented, creative people. He hopes you enjoy the under rehearsed and over dramatic performance! 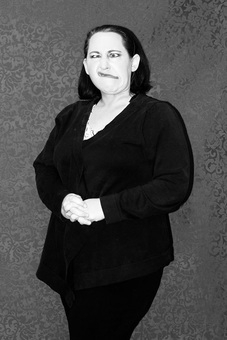 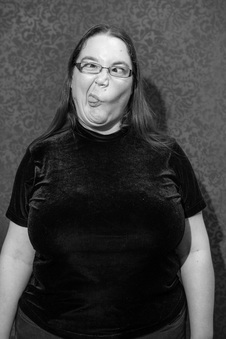 Kirsten Cummins: Kirsten was born in Scotland to American parents, and has been confused ever since. She spent most of her youth moving around the world as a Navy brat, spending the most time in the UK. She started singing before she learned to speak and got the acting bug while in the chorus of "Guys and Dolls" at age 15. Kirsten is a Lady, in that she owns land in Scotland: two parcels (" . . . tracks of land.") She has two degrees in Theatre, runs her school district's central library, and lives with her husband and numerous animals. 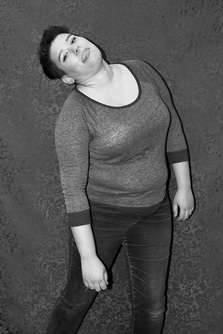 Tristan Kluge - Tristan was born and raised in Miramar, Florida with an obsessive love of Disney and two parents who encouraged zir creativity and love of performance. Zie first learned how to harmonize from watching High School Musical, which came in handy during zir first stage appearance as part of the choir in a fifth grade school play. Throughout middle school, zie danced with the Arizona Ballet Company, and then in high school, zie found zir place as the gayest member of the Tucson High Advanced Girls Chorus. After high school, zie took a break from performing to develop some of zir other interests, like drawing, owning ferrets, and becoming a peer sex educator. Now Tristan seeks to rekindle zir passion for the performing arts with Musical Mayhem Cabaret.

Melanie Kondziolka (Marketing Specialist) is originally from Albuquerque, New Mexico but moved to Tucson to attend the University of Arizona 2002, and never left.  Melanie has degrees in special education rehabilitation and orientation and mobility and works for Southern Arizona Association for the Visually Impaired, or SAAVI, as a Orientation and Mobility specialist as well as a program coordinator. In her free time Melanie Clogs with the Saguaro Stompers and swing dances at Tucson Stomps when she gets a chance. Melanie is also training to become an official for a blind sport called, “Goalball” and dreams of officiating at a national level. Melanie has been singing in choirs since before she can remember and loves the goofiness that is Musical Mayhem. It is a great outlet for her "wear a costume" or "dress in theme" everyday fetish and her strive to smile and laugh as much as you can throughout the day. 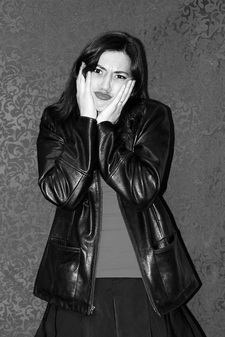 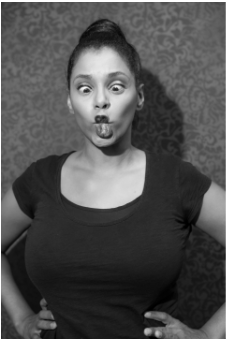 Dawn McMillan made her stage debut at aged 4 as the "Two Turtle Doves" in her school play, and she dreams of one day making it to "Partridge in a Pear Tree". Since big dreams take time, Dawn busied herself doing film, theater, television and radio. In college at Stanford, Dawn double-majored in Psychology and Communication, but nevertheless could be found wandering around singing and acting.  She was an inaugural member of co-ed a capella group Everyday People, co-lead singer for the band Never Been to Texas, and a frequent performer with Ram’s Head Theatrical Society.  Some of Dawn’s favorite theater experiences include musicals like West Side Story, Camelot, Brigadoon, Grease, Evita, Peter Pan and A Chorus Line. Being a classical theater buff, Dawn is thrilled to have appeared with the Classical Theater Lab in Los Angeles and to perform in numerous classical theater productions. While in Los Angeles, Dawn studied acting with Milton Katselas and Jeffrey Tambor at the prestigious Beverly Hills Playhouse, studied improvisational acting technique with Stephen Book, got a record deal with Quincy Jones, and toured Spain as a back-up singer to Spanish superstar Rafael. She produced live stand-up comedy and cabaret events. If Dawn seems vaguely familiar somehow, it is probably from the Film, Television, and Voice-Over stuff, and if you’re super-curious, much of it is on IMDB.com.  Dawn left show-biz to be a stay-at-home Mom, and has recently jumped back into the work-outside-the-home world by being a Zumba instructor and by pursuing a master’s degree in Clinical Mental Health Counseling. Dawn is thrilled to be back in the thick of it and whooping it up with Mayhem. When not Mayheming, parenting, Zumba-ing, or studenting, Dawn therapizes folks at a public agency, and exists as half a song-writing team, half a screen-writing team, and a half-dead zombie exhaustedly staggering through life fueled by coffee and chocolate. Just kidding about that last part. Mostly. 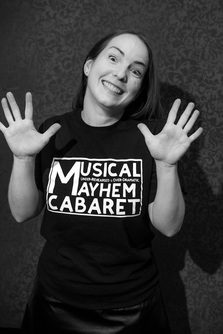 Katie Popiel: (Assistant Director) Katie's first ambition was to be Dorothy Gale. At four years old, she cried when she was informed that Judy Garland had beaten her to it but she’s been determined to be in the spotlight ever since. After earning her B.A. in English (“What do you do with a B.A. in English?”), she relocated from California to Arizona and has grown to love Tucson, especially its vibrant arts community. In her spare time, she teaches contemporary American clog dancing, directs the Saguaro Stompers Clog Dance Company, does competitive Irish dance, is a licensed real estate agent, and relishes being part of Musical Mayhem Cabaret. Some of her favorite theatrical experiences thus far include dancing in a music video alongside Joseph Gordon-Levitt, touring as the solo Irish dancer in Lonely Street Productions’ show, “Luck of the Irish,” and dancing in a national LG phone commercial, also produced by Joseph Gordon-Levitt's production company, hitRECord. She is extremely grateful to Donnie and MMC for giving her the chance to find her voice onstage and to be part of an amazing family of entertainers. 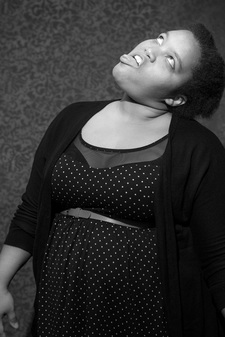 Jessica Pryde: Jessica grew up in a household in which "are we doing chores to West Side Story or Fiddler on the Roof?" was a question that existed. Once she discovered singing, you couldn't make her stop. Her first appearances in named roles occurred in middle school, where she alternated the roles of the Fat Lady and Pink's Mother in The Pink Siamese, and got to sing the role of Mrs. Jaffette in a production of Noah's Flood with The Washington Opera. After that, she promptly and happily returned to the world of ensemble singing for the rest of her young adult life. While happy with the opportunities to put on concert productions of Kiss Me Kate with Symphony Silicon Valley and tributes to Rodgers & Hammerstein and Stephen Schwartz with the National Symphony Orchestra, Jessica was excited to rejoin the world of musical theater as a member of the ensemble in Ragtime in early 2014. After moving to Tucson later that year, she was delighted and horrified to encounter the whirlwind that is Musical Mayhem Cabaret and dive right in! 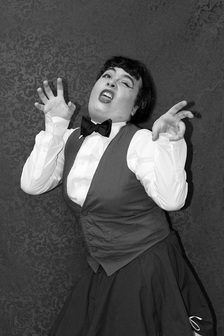 Elliot Scott is a third year college student at the University of Arizona, and while their major is in physics they also has always had a passion for performance.  Throughout most of their teen years they was performing with Live Theater Workshop and involved on and off with high school drama programs, but their love of singing goes back much further.  Since before they was in preschool they and their sister have been singing and dancing for family, friends, and really anyone else who would give them the time of day, as well as anyone else who wouldn’t.  Now at 21 years old, after a brief absence from the stage, Elliot is ecstatic to be joining Musical Mayhem Cabaret and performing once again. 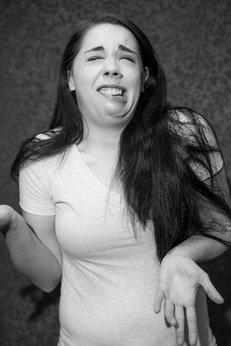 Nicolette Shaffer: (Managing Artistic Director) As a child, Nicolette enjoyed "hamming" it up for her family. Had she understood what an "actress" was earlier in her life, she would have begged her mother to put her show business and would currently be in rehab. Luckily, she discovered acting when she was an awkward 13 year old.  Since then, she has performed in numerous shows including "Alice in Wonderland" (White Rabbit), "The Skin of Our Teeth" (Gladys Antrobus), "The Crucible"(Betty), "The Time of Your Life" (Kitty Duval), "Anything Goes!" (Charity), and "Carousel" (Louise). During the day she is a respite care giver at United Cerebral Palsy of Southern Arizona. 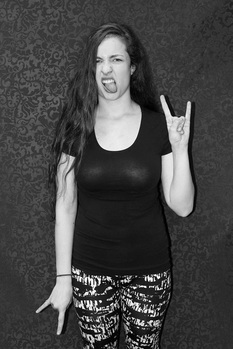 ​Claire Showerman - Claire is originally from the Holy Land of Rochester, New York but moved to Arizona in 2001. She is currently a senior (yikes) at the University of Arizona studying Law and Gender and Women's Studies. Claire started performing at the ripe age of 18 months when she sang Beauty and the Beast from her car seat and hasn't stopped performing since. When she isn't on stage or crying into her textbooks, she enjoys reading, drawing, people watching, and falling asleep while watching Netflix. Claire is beyond thrilled to be a part of the Musical Mayhem Cabaret family, because who else would allow her to drink and strip on stage? 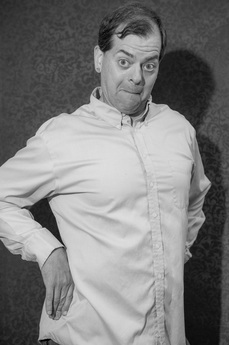 Robert Sparks - Rob has dabbled in a wide variety of theatrical arts throughout his life. He joined Proteus, an improv troupe at Grinnell College, in 1986 and has been involved in various improv troupes over the years. He currently performs with Not Burnt Out, Just Unscrewed and teaches improv at Unscrewed Theater. He has performed at with the Manatee Players, The Players of Sarasota, the Island Players, the Riverfront Theater (Aurora, IL), the First Street Playhouse, the Red Barn Theater and the Redondo Theater in a variety of musical, comedic and dramatic roles. He even terrorized Tampa as Dr. Livingsdoom during Howl-O-Scream at Busch Gardens. Rob is happy to have a little more Mayhem in his life. 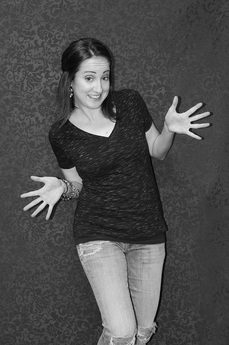 Rebecca Cianciotto - Rebecca started performing private concerts in her living room when she was  three years old, but she didn’t figure out how much fun it would be to sing on a stage until a decade  later. Rebecca has spent over 22 years training and performing in Tucson as a dancer, singer,  musician, and actor. Rebecca has worked with various theatre companies throughout town,  including Arizona Onstage Productions, Beowulf Alley Theatre Company, Studio Connections, The  Comedy Playhouse, Old Pueblo Playwrights, and Santa Cruz Shoestring Players, and she was also a  company dancer with Dance for a Cause. Rebecca also spent several years as a stunt performer at  Old Tucson Studios and Pinnacle Peak, where she got her fill of jumping off buildings and rolling in  dirt every day. When she’s not playing and singing her heart out with Musical Mayhem, Rebecca  spends her days facilitating expressive arts therapy groups at PSA Art Awakenings and teaching  violin at Chicago Music Store. She is overjoyed to have joined the Mayhem family and will always  save a special place for it in her heart.
﻿Previous cast members, occasional cast members, and folks you're likely to see pop in for random guest appearances:﻿
Powered by